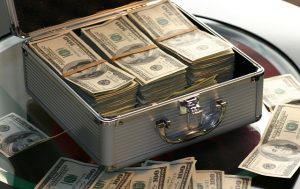 Inadmissibility based of Fraud or Misrepresentation

INA 212(a)(6)(i) states "Any alien who, by fraud or willfully misrepresenting a material fact, seeks to procure (or has sought to procure or has procured) a visa, other documentation, or admission into the United States or other benefit provided under this Act is inadmissible."

Fraud must consist of a false representation of material fact made with knowledge of its falsity and "with intent to deceive the consular or immigration officer and with the representation having been believed and acted upon by the officer. " Matter of G-G-, 7 I&N Dec. 161 (BIA 1956).

Because it is difficult to prove the "intent" individuals usually are charged with "material representation" rather than with "fraud. "

Test of immateriality is whether the misrepresentation was such that could be affecting the decision of an immigration officer. For example, a passport applicant's false statements as to name, identity,  marital status and citizenship are material to the State Department's decision as to whether to grant a visa.  Silence or failure to voluntary the information does not in itself constitute misrepresentation. The applicant may retract his prior statement but it must be made at the same interview.

The fraud or misrepresentation must be in connection an application for a visa, passport, re-entry permit, or other benefit under Immigration and Nationality Act and includes all supporting documents such as forms, petitions, and labor certification forms and documents.

Section 212(i) of the Immigration and Nationality Act (INA) provides a discretionary waiver for immigrants who are subject to a ground of inadmissibility based on fraud or misrepresentation in procuring or attempting to procure an immigration benefit (212(i) Fraud Waivers).

Waiver of inadmissibility or removal is available to an alien, if:

This waiver is also available to a battered spouse or battered child.

A waiver is also available to under relax standards that is discretionary  to U and T status holders and visa applicants. Such waiver does not require qualifying relative or showing hardship.

An INA §212(i) fraud waiver is filed of Form I-601, Application for Waiver of Grounds of Inadmissibility

Are you interested in learning more about Fraud Waivers? If so, contact Immigration Attorney Irina Vinogradsky to set up a consultation today!

United States Citizens and Lawful Permanent Residents can sponsor certain family members for permanent residence in the United States. This is the most common method of obtaining one’s “green card.” An individual can apply for a...

END_OF_DOCUMENT_TOKEN_TO_BE_REPLACED

An individual may be eligible to become a permanent resident based on an offer of permanent employment in the United States. Most categories require an employer to get a labor certification through PERM and then file Form I-140...

END_OF_DOCUMENT_TOKEN_TO_BE_REPLACED

Green cards may be available to investors and entrepreneurs who are making an investment in an enterprise that creates new U.S. jobs. One must invest $1,000,000, or at least $500,000 in a targeted employment area in new commercial enterprise....

END_OF_DOCUMENT_TOKEN_TO_BE_REPLACED

A U.S. citizen who intends to marry a foreign national within 90 days of his or her fiancé(e) entering the United States, and both are free to marry, can apply for K-1 fiancé visa. The law requires that the couple met each other, in person...

END_OF_DOCUMENT_TOKEN_TO_BE_REPLACED

The H-1B visa classification permits a foreign national to work in the United States for a temporary period. US employer should offer a position of employment that is in a specialty occupation and pay prevailing wage to satisfy H-1B requirement.

END_OF_DOCUMENT_TOKEN_TO_BE_REPLACED

The O-1 nonimmigrant visa is for the individual who possesses extraordinary ability in the sciences, arts, education, business, or athletics, or who has a demonstrated record of extraordinary achievement in the motion picture...

END_OF_DOCUMENT_TOKEN_TO_BE_REPLACED

The judge may cancel removal in the case of an individual who is inadmissible or deportable from the United States, if such individual (1) has been an alien lawfully admitted for permanent residence for not less than 5 years...

END_OF_DOCUMENT_TOKEN_TO_BE_REPLACED

All grounds of inadmissibility are listed in INA §212, regardless of the fact that individual is otherwise inadmissible, he or she may be admitted into the United States temporarily by the discretion of the Attorney General.

END_OF_DOCUMENT_TOKEN_TO_BE_REPLACED

Affidavit of Support, Form I-864, is legally required for many family-based and some employment-based immigrants to show they will have adequate means of support after immigration to the United States. Every petitioner for his or...